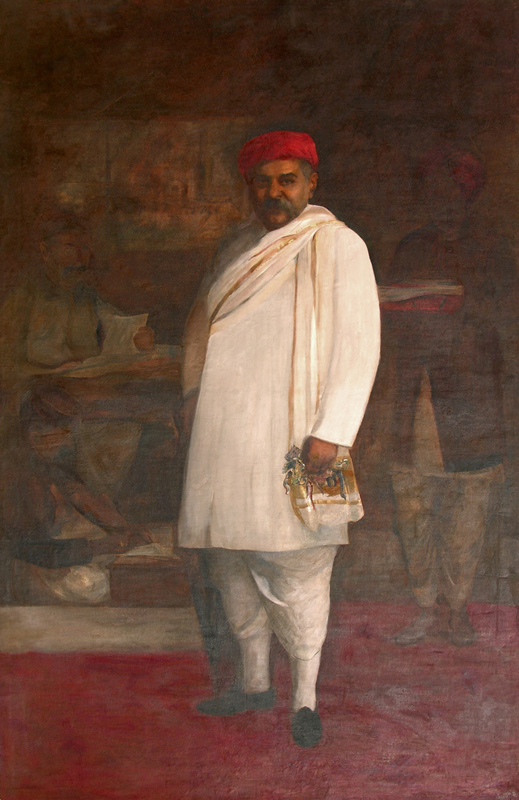 Sir Chinubhai Baronet, owner of cotton textile mills in Ahmedabad, was known for his philanthropy and social dedications. He was given the title ‘Baronet’ in 1913 and also awarded with ‘C. I. E.’ and titled ‘Sardar’ by the government. He was the first local resident to become the Mayor of Ahmedabad Municipal Committee. The Baronets were close friends of the rulers – Gaekwad of Baroda. Sir Chinubhai being a great admirer of arts and literature and hosted many writers, poets and painters including Raja Ravi Varma.

Samuel Fyzee Rahamin an Indian painter of portraits, figures, landscapes and murals, dramatist and poet belonged to the Bene Israel community of Poona. He was the second Indian artist to study at the Royal Academy and also exhibited his works there in 1906. On his return to India, Rahamin became court painter and art adviser of Baroda. Five accomplished oil portraits of the Gaekwad family were executed between 1908-18 by him. During this period, the Baronets also commissioned Rahamin to do portraits for them. Apart from this portrait, a large family painting of the Baronets was done in 1910. After the partition in 1947 Rahamin moved to Karachi-Pakistan, where he spent his last years.