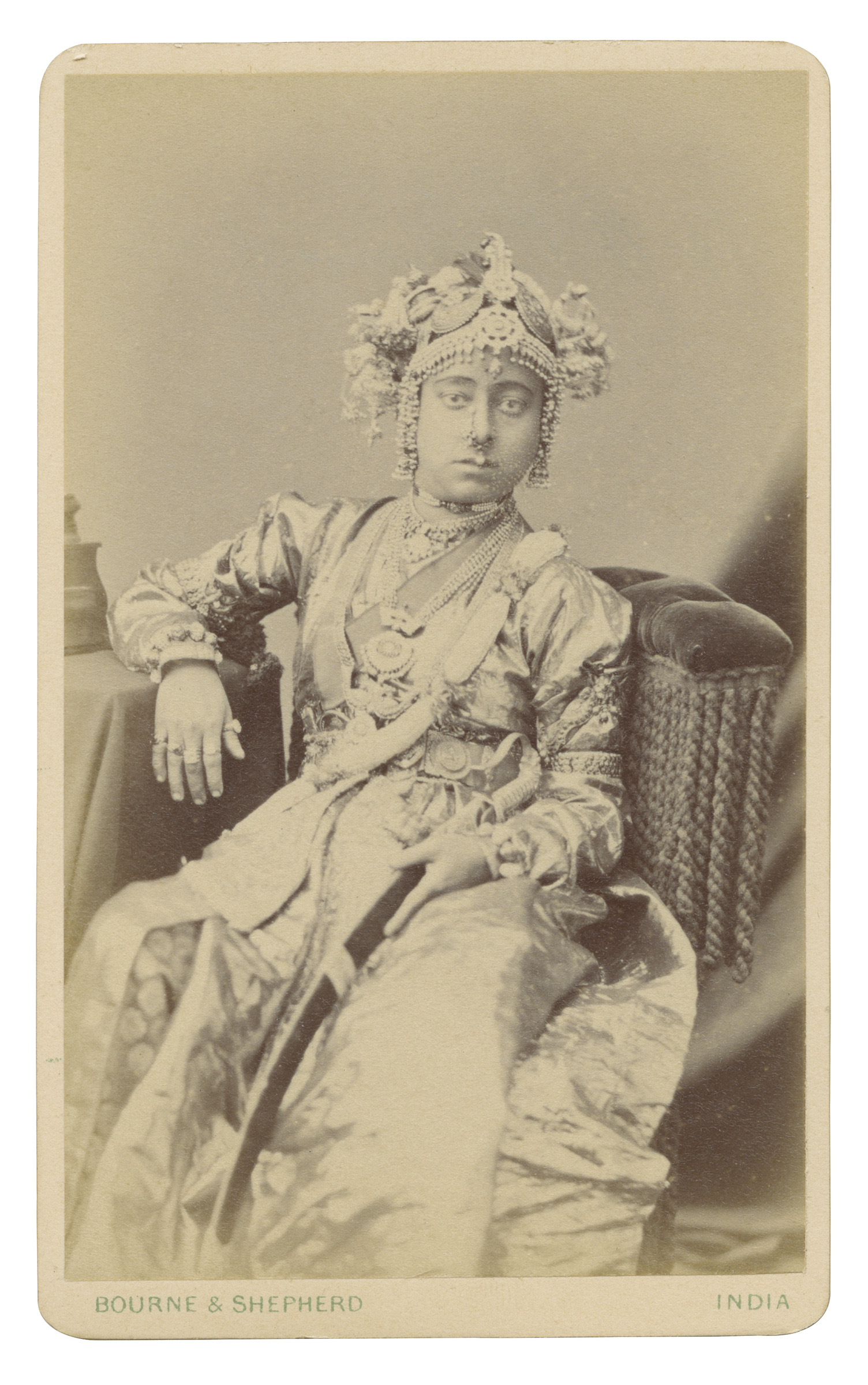 Inscription: HH the Princess of Tanjore

Vijaya Mohana Muktamba Bai Ammani Raje Saheb Chhatrapati was a member of the Marathi Bhonsle royal family. She was born in 1846 as the second daughter of Shivaji II and Kamakshi Bai. She became the heir-apparent on the death of her elder sister. Her father died in 1855 without a male heir. The British refused to recognise the claims of Serfoji III, an adopted son of Shivaji II and thus, the nine-year-old Vijaya Bai assumed the title on 31 October 1855. However, she had little authority in the kingdom apart from certain customary privileges. The dispossessed queen fought an unsuccessful legal battle to get her authority restored.

She married Sakharam Saheb, the prince of Kolhapur and a widower in 1859. She had one son and two daughters who pre-deceased her, so she adopted Shambusinghji Rao. She died from smallpox, at the Sadar Mahal, Tanjore Fort, on 31st January 1885.

Here we see the young princess sitting on a chair and looking into the camera, resting her right hand on a table and the left hand holds a sword. She is wearing a traditional attire and elaborate headgear. She is decorated in jewels from head to toe including a nose pin, and is wearing a head gear made up of jewels and stones as well.

This photo-portrait is often misidentified as that of Laxmibai, the Rani of Jhansi on the internet.