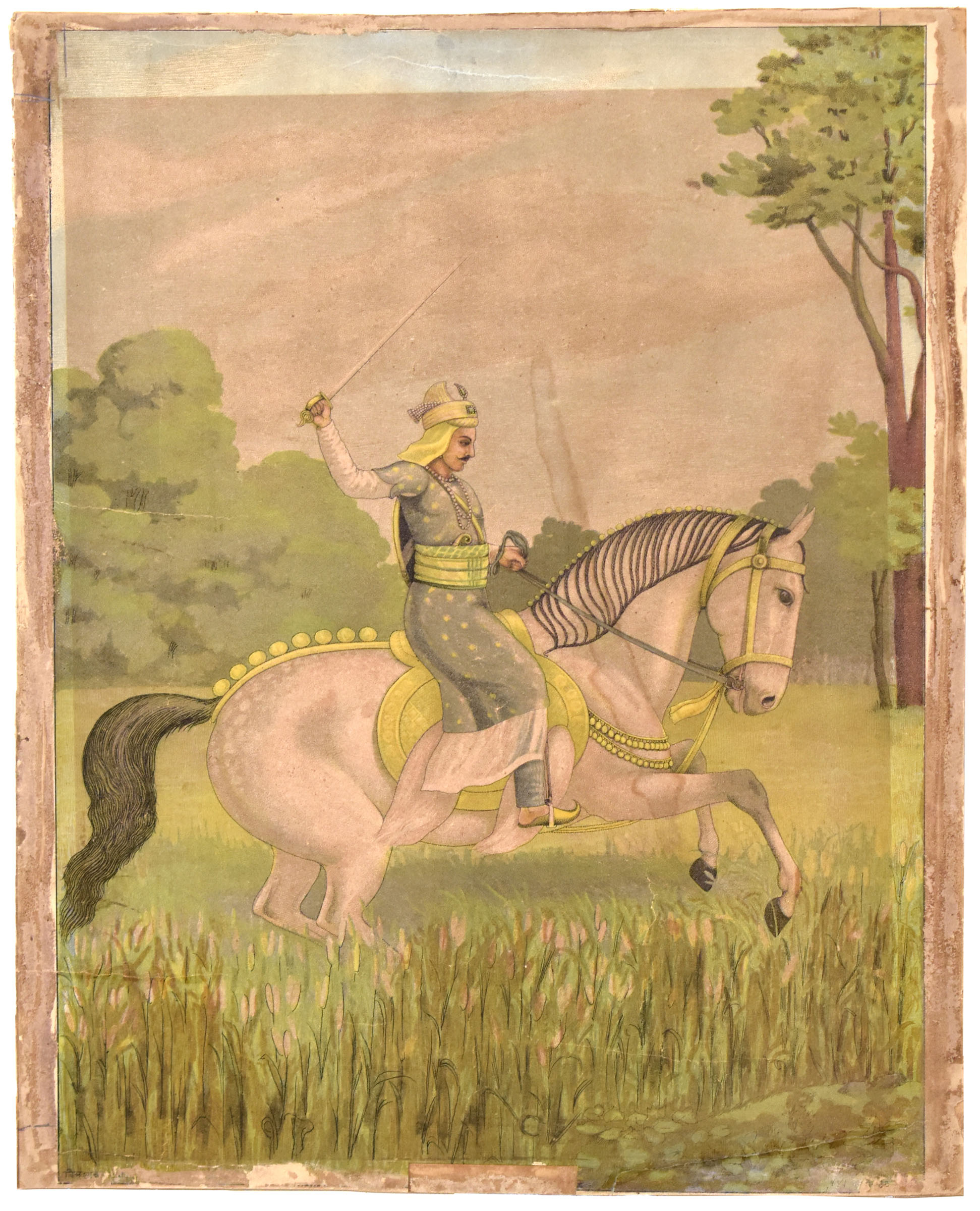 Baji Rao I was the second Peshwa and ruled the Maratha Empire from 1720 until his death in 1740. Known as the best cavalry general, he never lost any battle. He married the legendary beautiful ‘Mastani’, who was the daughter of King Chhatrsal of Bundelkhand. This chromolithograph by Chitrashala Press is inspired by an 18th century Mughal school painting which is today on display at the Raja Dinkar Kelkar Museum in Pune.