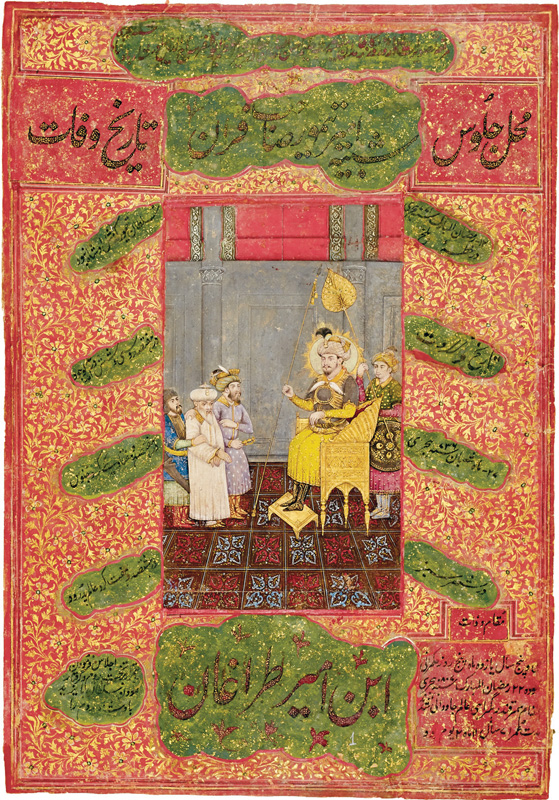 Timur had ruled over Iran, Afghanistan and Central Asia, Anatolia and the Caucasus as well as much of what are now Pakistan and Iraq. He was the great-great-great-grandfather of Babur and founder of the Mughal Empire in India.

In 1398, Timur invaded northern India by crossing the Indus River at Attock (now Pakistan) to fight the armies of Sultan Nasir- ud-din Mahmud Shah Tughluq, ruler of the Delhi Sultanate which had already been weakened by a succession struggle within the royal family. The battle took place in Delhi on 17 December 1398. Using creative war tactics Timur secured an easy victory. Delhi was sacked and left in ruins. The capture of the Delhi Sultanate was one of Timur’s greatest victories because of the harsh conditions that existed in the journey and the achievement of taking down one of the richest cities at the time.

In this portrait, Timur is seated on a simple golden throne with a spear in his hand. On the right is Sultan Nasir-ud-din Mahmud Shah Tughluq, captured by Timur’s men after the battle of Delhi.