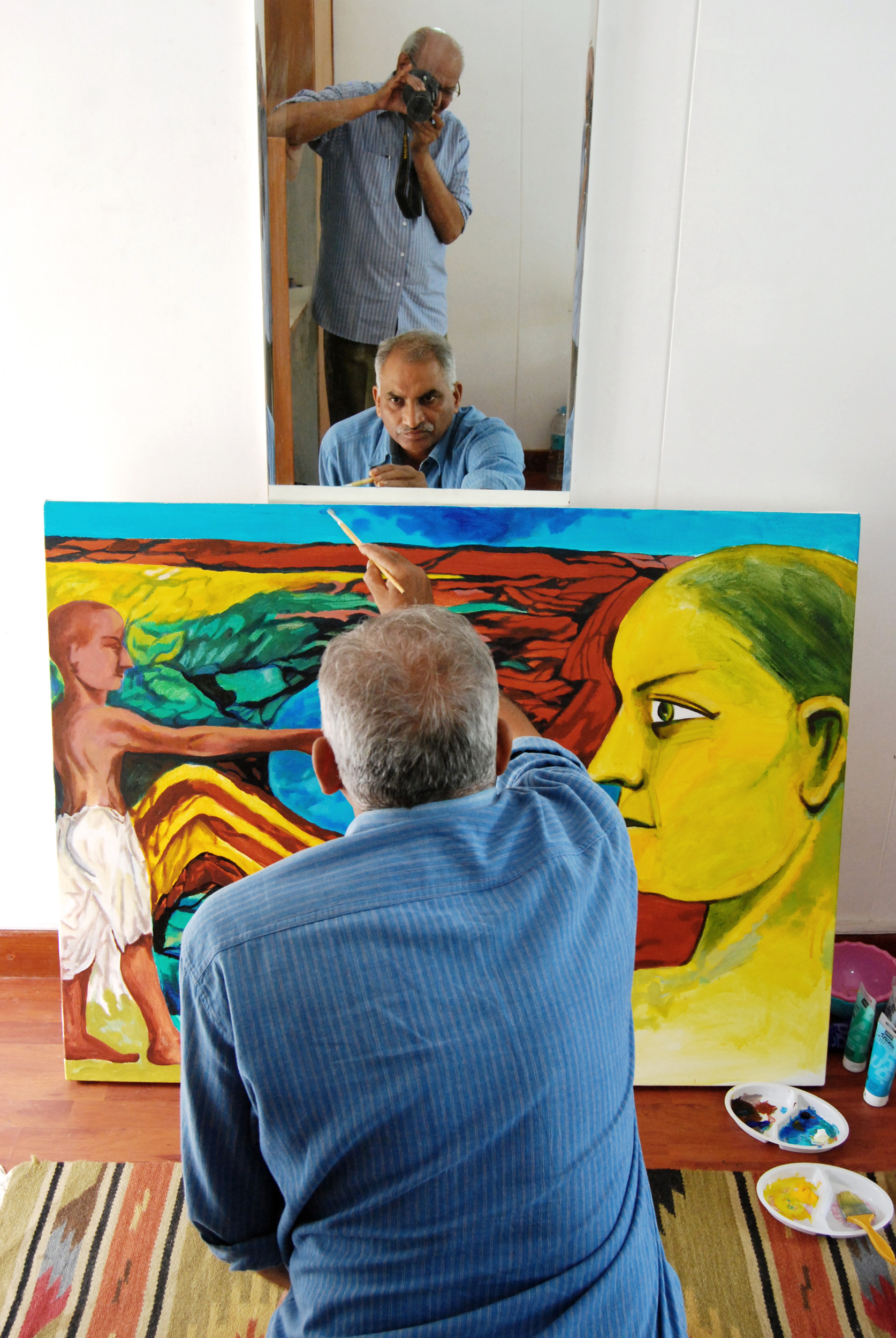 Vijay Bagodi was born in 1959 in Gulbarga, Karnataka and studied there at the Ideal Fine Arts Institute. He did his diploma in painting and post-diploma in Print making and Graphic Arts at M S University, Baroda under the Karnataka Lalit Kala Akademi Scholarship.

During his time in Vadodara, the British Council staged an exhibition of David Hockney’s prints which made Bagodi decide to give up painting and become a full-fledged print maker. He only did colour pastel drawings if in the mood and at CAVA, Mysore, where he taught from 1986 to 1991. The reason being that CAVA did not have a graphics department and he had to teach painting.

Bagodi has received many awards and scholarships, including the National Award in the 40th National Exhibition of Contemporary Art in 1997; the Best Print of the Year in the 71st AIFACS, Annual Exhibition of Graphic Arts in 2000 and he also received an Honorable Mention Certificate at the 5th Bharat Bhavan International Biennale of Print Art in 2001. In 2002, Bagodi was invited to the Khoj International Workshop and Seminar, where, for the first time, he experimented with creating an assemblage artwork that was sculptural in its conception.

He became one of the founders of the CHHAAP Vadodara Print making Workshop, which was established under the leadership of print maker Kavita Shah. CHHAAP is a print making studio that offers space, facilities and residencies to print makers. Bagodi currently divides his time between his personal print making as well as teaching at the Graphic Arts department at M S University, Baroda. He lives and works in Vadodara.