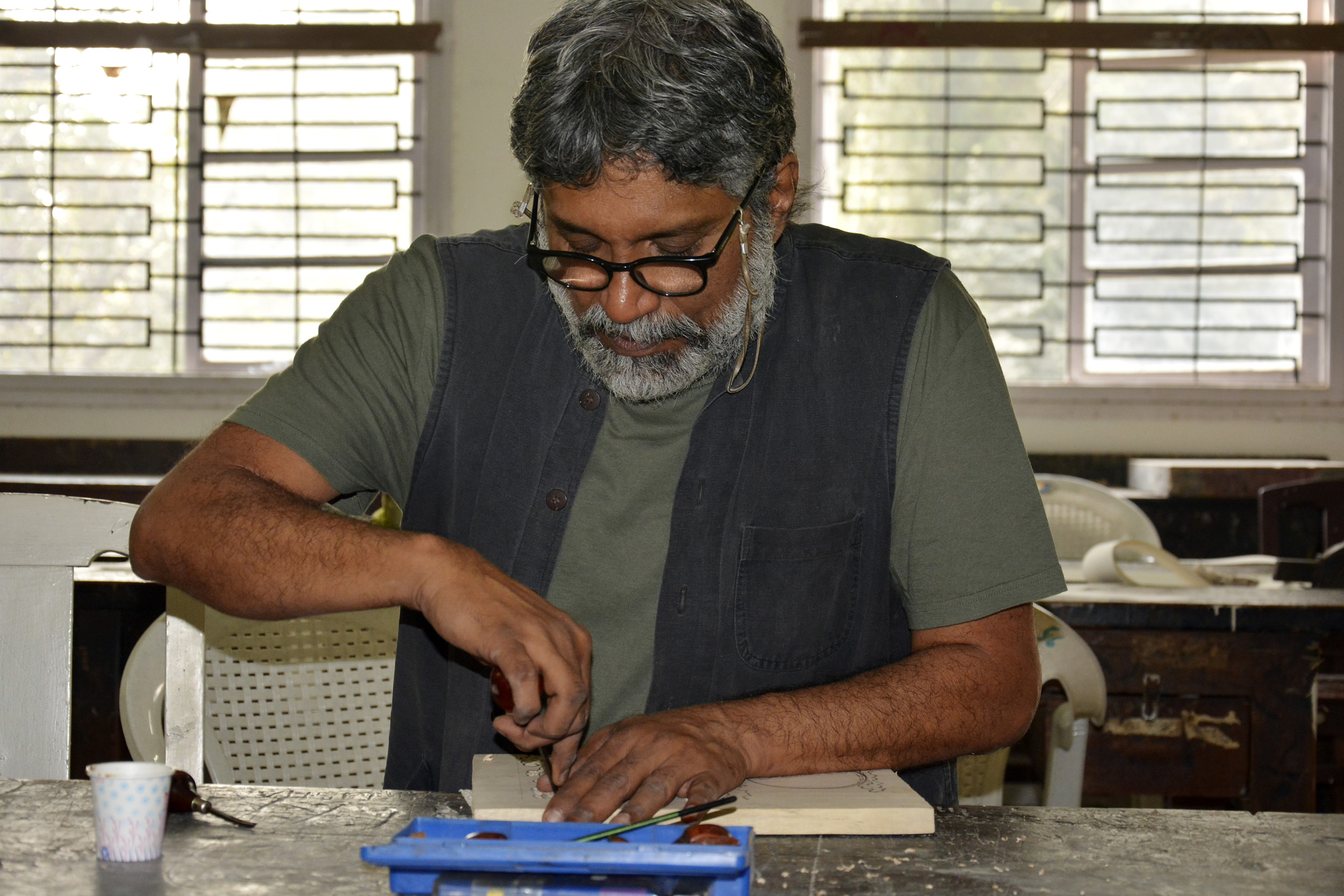 Walter D’Souza was born in 1957 and initially enrolled in St. Xavier’s College to receive a BA in Economics. However, he later studied painting and print making at the Faculty of Fine Arts, M S University, Baroda.

Post his PG, D’Souza was asked to set up a print studio at the Kanoria Centre for the Arts at Ahmedabad, however he left the project in 1995 to focus on art. He has taught at the School of Architecture, Ahmedabad, at NIFT, Gandhinagar and at NID, Ahmedabad. His works, especially prints, have been a part of numerous shows nationally and internationally, including at the International Print Triennial in Finland (1993). He lives and works in Ahmedabad.